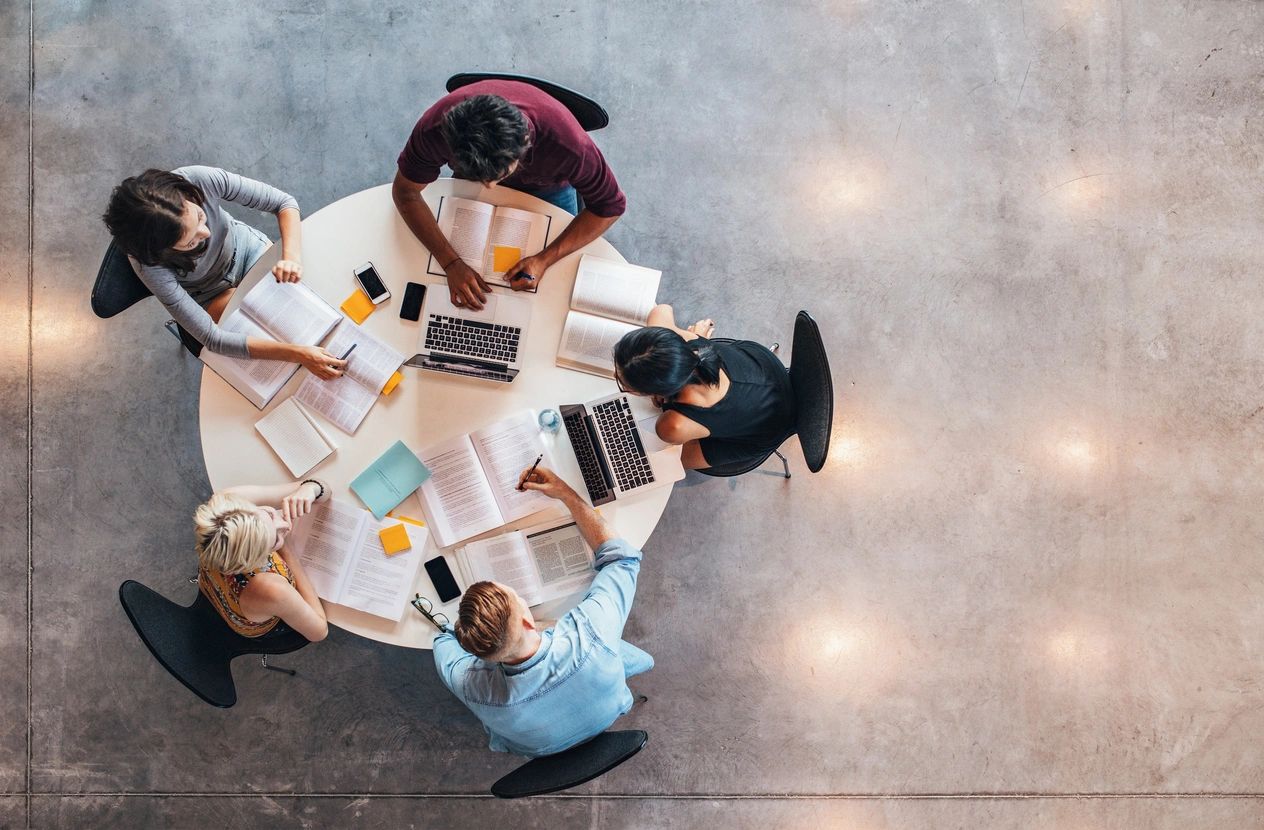 Click on the description to see information regarding bond project progress.

Construction documents are close to completion. Once complete there will be a final review and approval by State Construction. Our current timeline shows that we expect to be able to advertise for bids in late May/early June, receive bids in June and begin construction on Phase One in July. This will be re-evaluated every few weeks based upon current COVID-19 health conditions.

Pre-design meetings with five specific stakeholder committees were held the week of April 8th with kick-off informational meetings for all staff and faculty held on April 2nd.  Feedback from these committees was very helpful in providing the design team with programmatic changes and updates in space requirements as compared to the Backfill Program Study completed over a year ago.  BSA LifeStructures is scheduled to return to the Stakeholder Committees in mid-May to provide initial design options for the spaces to be renovated.  The overall design process is being overseen by the College Capital Projects Team, the Colleges’ President’s Cabinet and the College’s Executive Committee.  We expect the design and review process to continue throughout the summer with construction bidding to be completed in the fall and a tentative construction start date of January 2020.  In May, the Building & Grounds Committee toured the spaces impacted by the Backfill Project to gain a greater understanding of the overall project scope.

The College has been awarded a total of $219,000 in Cannon Grant funds for ADA upgrades related to the Backfill project.  With this award, the Backfill Project now has three funding sources: Connect NC Bond, County Capital, and Cannon Grant for a total budget of $5,219,339.  See amended NCCCS 3-1 for approval this month.

During the week of May 13th BSA LifeStructures returned to campus to meet with the five stakeholder committees to review initial schematic designs.  The committee members provided feedback and thoughts for changes to layouts.  One change that occurred as part of the design discussions is the need to limit the existing shop building renovation to only include two programs, Animal Care and Horticulture.  Space limitations do not allow for a third program to successfully be integrated into the existing space. On July 9th, the NC State Construction Office approved the first phase of the project, schematic design and approved moving forward with the second phase, design development.  On July 16th, a coordination meeting was held between Piedmont and the design and engineering team for the Backfill project to determine best management of scope that may cross between the two projects.  College administration has also met with the design and engineering team to review initial cost estimates and verify scope to be included in the project.  During the coordination meeting with Piedmont Service Group, cost savings for selected Backfill scope was identified that will be performed as part of the Performance Contract project.  On August 1st, members of administration and key stakeholder representatives met with the interior designers for the project to identify finishes to be used including flooring, walls and color choices.

On September 11th, twelve proposals were received from design firms.  A selection committee was established of representatives impacted by the Backfill Project including faculty and staff from Animal Care, Horticulture Technology, Continuing Education, Facilities and Public Safety.  The committee initially met on September 26th and is charged with recommending the top three design firms for interviews to be conducted by members of the Building & Grounds Committee.

College Administration submitted this project to NCCCS for approval including approval to use Connect NC Bond funds.  As reported at the May 2018 Building and Grounds meeting, the system office had questioned the use of the food services expansion by a third-party vendor.  We provided information to NCCCS relating to our current contract with Compass Group USA, Inc. (parent company of Canteen), the company that manages food services and vending for the College.  Connect NC Bond funds cannot be used to upgrade facilities used by a third-party of the College because it would jeopardize the tax status of interest of the Connect NC bonds.  Thus, bond counsel for the NCCCS has determined that Connect NC bond funds cannot be used to upgrade the square footage specifically used by Canteen.  This area includes the kitchen, food preparation area, and sales floor.

However, bond counsel did provide a feasible alternative.  Instead of rejecting use of Connect NC Bond funds entirely, the College can separate the square footage portion used by Canteen and use local funds for that piece of the project.  Thus, the food service project can be split into two parts, divided by square footage: (1) area used by Canteen and (2) area used for student dining.  Out of the $5,000,339 Backfill project budget, approximately $320,000 has been identified as the cost for upgrade to the portion of food service area used specifically by Canteen.  Thus, the College would need to pay for this portion of the project from local, county funds.

The BOT approved at its June 2018 to move the $350,000 that was previously approved and budgeted for the Backup Generator Project from County capital funds to the Backfill project and in turn, use the $350,000 of Connect NC Bond funds not being used on the food service expansion for the Backup Generator project.  In summary, an equal switch of fund source for the two projects.

NCCCS bond counsel has reviewed and the amended Backfill Project and Generator Project have been reviewed and approved by the NCCCS State Board at their August 2018 meeting.  College Administration issued a Request for Proposals (RFP) on August 28th for formal design services.

BSA Life Structures provided a draft study during September 2017. The report was approved at the January 2018 Board of Trustees meeting.  College Administration is now moving forward with requirements of the State and will begin to move forward with advertisement for formal design services.  Also note that the scope of the Backfill Project transformed (as a result of the program study) to include significant renovation of the College’s food services.  The Backfill Project is also divided into three identifiable projects with defined scope and budgets – (1) Early/Middle College Dedicated Facility Upgrade, (2) Former Automotive Building Retrofit and Renovation, and (3) Food Service Expansion, Classrooms, and Administrative/Multipurpose Retrofit.  The total budget for the Backfill Project is now estimated at $5 million to be funded by Connect NC Bond funds, approved at the January 2018 Board of Trustees meeting.

The Board of Trustees approved BSA Life Structures (open-end firm) to perform a program study related to the vacated spaces.  The goal of the program study is to evaluate the viability of moving multiple educational and administrative components to new locations and determine what the best “fits” are for each vacated location.  The study included the vacated spaces on campus (using the current outline from the facilities master plan as a starting point), the 47-acre land, and possible satellite campus location(s).

The College’s Facilities Master Plan (approved by the Board of Trustees in January 2016) outlined a preliminary plan to “backfill” and renovate the vacated spaces.  The Facilities Master Plan also documented an estimated backfill price at $1.8 million.   In June 2016, the Board of Trustees approved to use a portion of the $6 million Connect NC Bonds to fund the backfill project.  The Board of Trustees approved establishing the Backfill Project as a separate capital project with a budget of $1,872,839 to be funded with Connect NC Bond funds at the June 2017 BOT meeting.

The Board of Trustees approved BSA Life Structures (open-end firm) to perform a program study related to the vacated spaces.  The goal of the program study is to evaluate the viability of moving multiple educational and administrative components to new locations and determine what the best “fits” are for each vacated location.  The study included the vacated spaces on campus (using the current outline from the facilities master plan as a starting point), the 47-acre land, and possible satellite campus location(s).